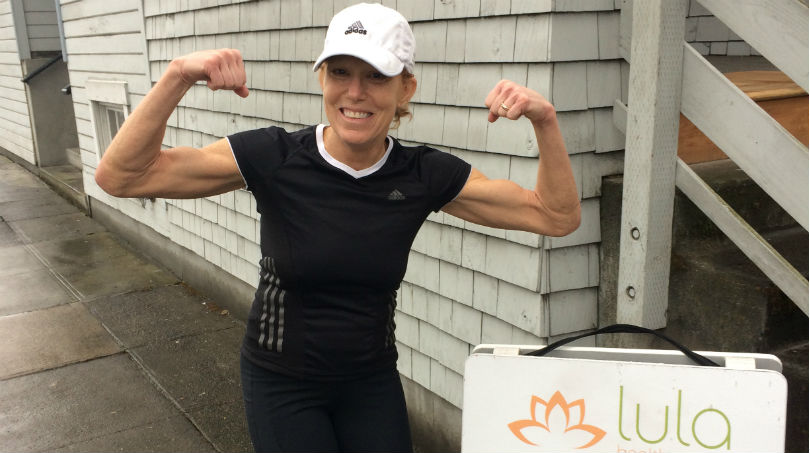 The key term in this scenario presented is lifestyle, so in an effort to support and sustain a way of living leading to optimum health and wellness, here are a few suggestion to your approach in creating the ideal fitness and nutrition plan for your improved and sustainable lifestyle.

Just over two months ago we entered a new year.  For most, the start of 2017 was filled with great expectation, hope, and resolutions of improved physical fitness and nutrition.  Then the weather of the year came, apparently with no interest in letting go, providing the perfect excuse for delaying those great expectations for the New Year.  It is now March, the snow in the city appears to have returned to its typical liquid state, and you have begun thinking about spring break, the warmer and drier days ahead, fewer layers of clothing, and maybe even a swim suit. Then you are reminded that the new health and fitness regimen that was to have started 2 months ago was entirely thwarted.  With spring being the second most popular time in America to revisit the consideration of lifestyle changes in the interest of health and well-being, you prepare to execute plan B, also known as New Year’s resolutions revisited. The key term in this scenario presented is lifestyle, so in an effort to support and sustain a way of living leading to optimum health and wellness, here are a few suggestion to your approach in creating the ideal fitness and nutrition plan for your improved and sustainable lifestyle.

We will first look at the foundation from which a sound nutrition and fitness plan should be based. More times than not individuals initiate a program based on goals so far-reaching and extreme from their current level of fitness and nutritional practice that failure is inevitable.  The exercise plan may be sound, but the level of frequency and intensity are too great for the body to effectively adapt, usually resulting in injury or defeat due to overwhelm of the challenge.  Nutrition plans generally have this same affect.  Though injury is not usually an outcome, radical changes in diet such as eliminating all carbohydrates, going gluten free (because its hip and trendy), low/no fat, or sugar free are not only unhealthy, but unsustainable for most.

Regarding the inclusion of gluten free, this example is used because merely being gluten free does not equate healthy choices. Decreasing the consumption of processed foods and non-nutritious carbohydrates will alone reduce gluten intake. Gluten is not unhealthy or harmful except for those people diagnosed with gluten sensitivities or diseases such as celiac disease, non-celiac gluten sensitivity, gluten ataxia, dermatitis herpetiformis, and wheat allergy. Gluten intolerance is an acquired condition like that of Non-insulin Dependent Diabetes Mellitus (Type 2 or diet induce type 2 diabetes) and not a disease process, but a physical state that can be controlled and even reversed by making specific changes in dietary practices.

So, how is it that a person can take that New Year’s resolution goal of a healthier lifestyle fueled by well-balanced nutrition and exercise, and see it to fruition? It begins with having SMART goals, which are goals that are Specific, Measurable, Achievable, Realistic/Relative, and Time Based. To be complete with this goal setting philosophy, an “I” at the end of this acronym is required and stands for infinite. This defines a practice that can be committed to and maintained over a lifetime requiring re-evaluation, modifications, and changes over the course of time.

Measurable allows for a quantifiable baseline to be set and tracked over time, so to observe changes and progress towards that goal.  It also provides an indicator of effectiveness and whether or not alterations need to be made when considering over or underestimates of the goal.

Being attainable asks the question, is your goal a challenge, but still possible to achieve? The best goals require you to be pushed slightly outside the comfort zone, but not to a level making them impossible to achieve. For example: You used to run when you were in college and really enjoyed it and are highly motivated to improve your level of fitness and nutrition.  You have friends that have been running marathons that you would like to join and, recently new to Portland, you have been meeting a significant number of people who share with you their gluten free, vegan diets. You have not exercised consistently for 10 years, a card carrying carnivore, and have set your specific goals as running a marathon in 3 months and “going vegan and gluten free”. Do you see where this is going?

Realistic/relative is closely related to attainable, but more analogous with the execution of the goal.  Is the goal realistic and something you see yourself engaged in and committed? If you believe it can be accomplished, then your goal is realistic with relevance being the decisive feature. The goal must be relevant to your life, a practice that will bring enjoyment and is compatible with your lifestyle.

Without having the parameters of goals being timebased (start and target date) there will be no sense of urgency in taking action towards achievement. Having a deadline will also assist in forming more specific, realistic, attainable, and healthy goals. Health and fitness are no different than any other life aspiration requiring a staged plan with deadlines from which one advances.

Now you have set your SMART goals establishing the foundation to ameliorate your health and wellbeing through fitness and sensible daily nutrition. The last consideration is “I” for infinite.  When you commit to the realistic goal, you also vow to preserve and sustain this practice for life, while reassessing and amending along the way. In addition, goals have infinite possibilities and potential. Human beings have much more of a command over their health than is realized, but this authority rests in how they move and fuel the machine.  Most have the desire and motivation to take the necessary steps to achieve good health, but lack the understanding in how to effectively achieve this state. Start with the principles of SMARTI goals and the conviction that it is not about the finish line, but the journey that will be experienced along the way.